Cirque du Soleil are bringing their amazing show to Alicante from 20 July until 19 August. Totem is billed as “a journey into the evolution of mankind”. From the preview it looks like an amazing show. Sadly, the dates aren’t great for me, and the prices are pretty high too, but there is a way to get a taste of the excitement, glitz and glamour of the show. Until July 1 you can see an exhibition showing you behind the scenes of the show. It’s at the Palacio Provincial del Diputación de Alicante in the city centre. Entry is free and you can visit between 11:00 and 21:00. 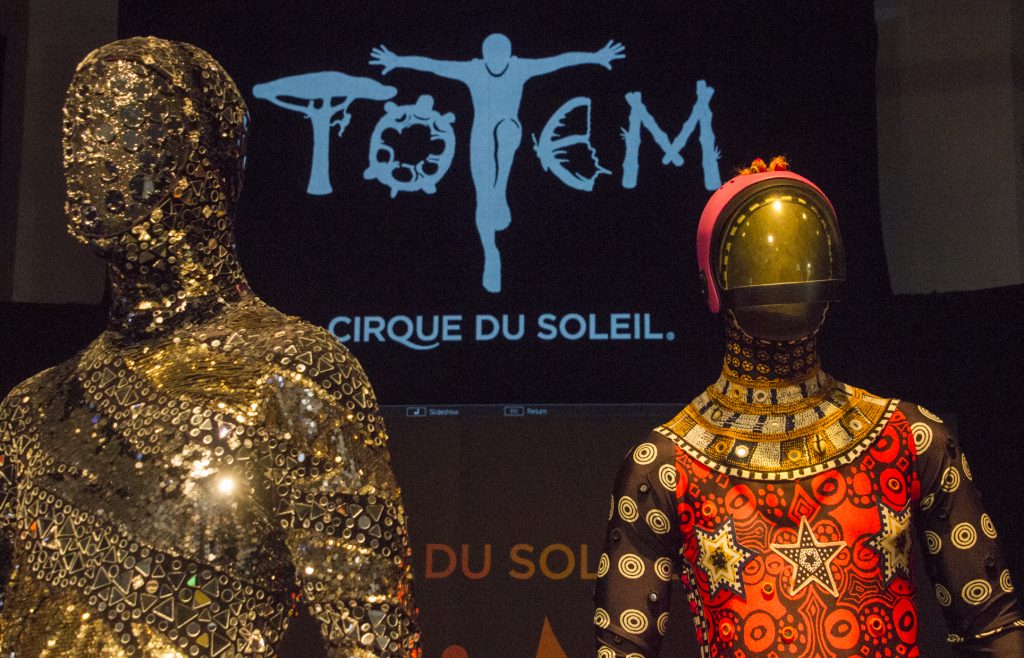 Inside you’ll see various colourful costumes from the show. There are also great information boards about the history of Cirque du Soleil. Those boards are only in Spanish, but there are some videos running too and they are in English with Spanish subtitles. It is a bit dark inside but that adds to the atmosphere and heightens the experience. 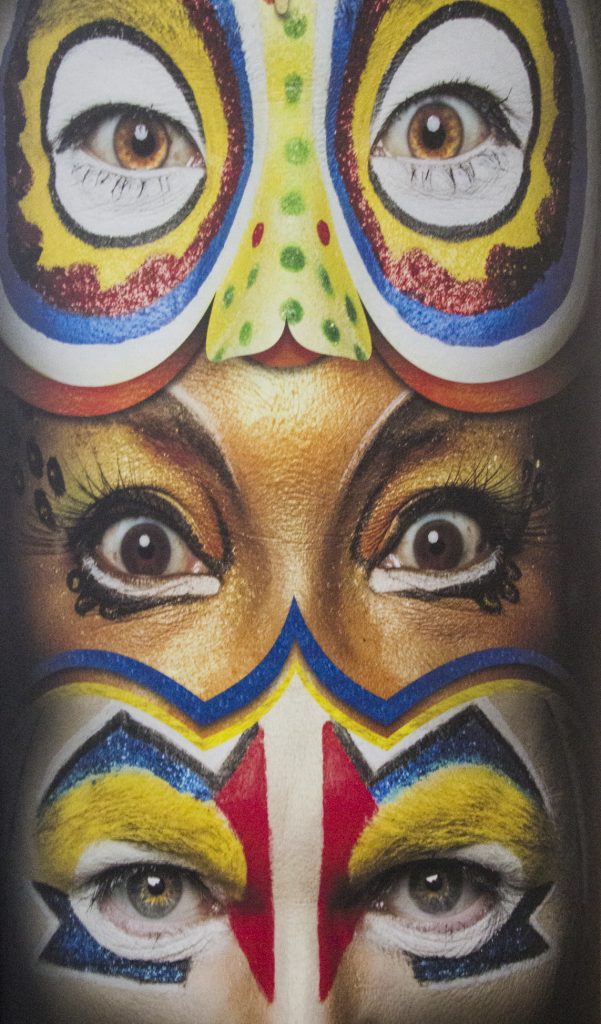 There’s quite a lot crammed into a small space. The exhibition gives a fascinating insight into the show. When you see what goes into the production, the prices begin to appear more reasonable! The costume makers, the make-up artists and the choreographers do an incredible job.

One fascinating display was the collection of replica heads of performers. Before digital 3D imaging was invented, they used to take a plaster cast of every performer’s head. That enabled replacement costumes to be custom-made with precise measurements whenever they were needed. Headquarters in Montreal, Canada, would ensure that they were produced and sent out to wherever in the world the company were performing. They do look strangely like death masks though!! 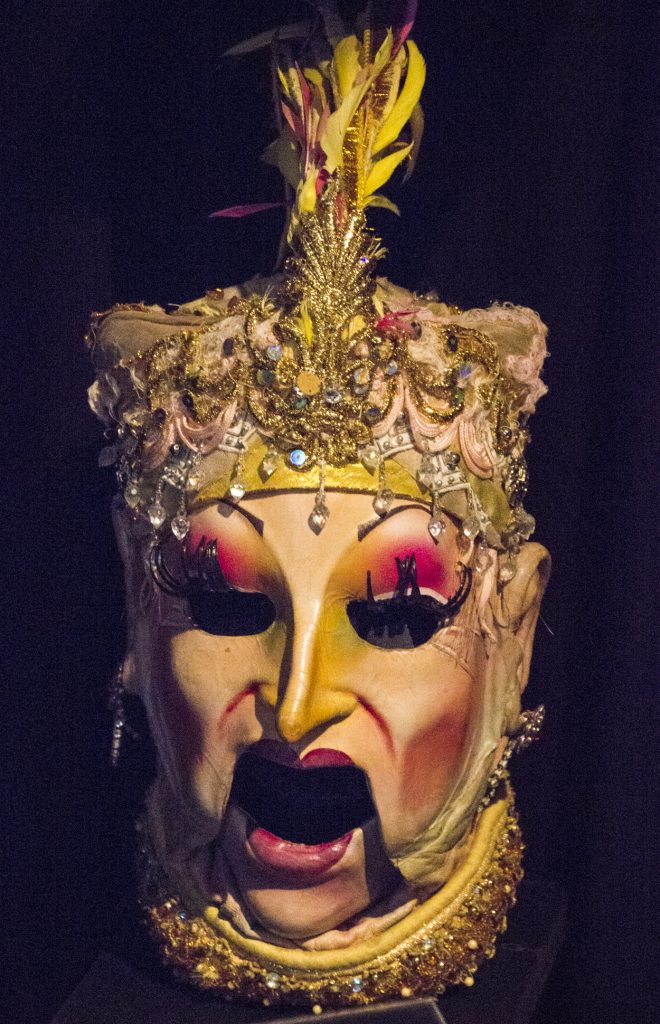 Another thing I really enjoyed was the large collection of posters showing off the entire history of Cirque du Soleil’s shows. It seems incredible that what is now a ubiquitous act was only formed back in 1984 by two Canadian street performers. Their original show was created to celebrate the 450th anniversary of the discovery of Canada. 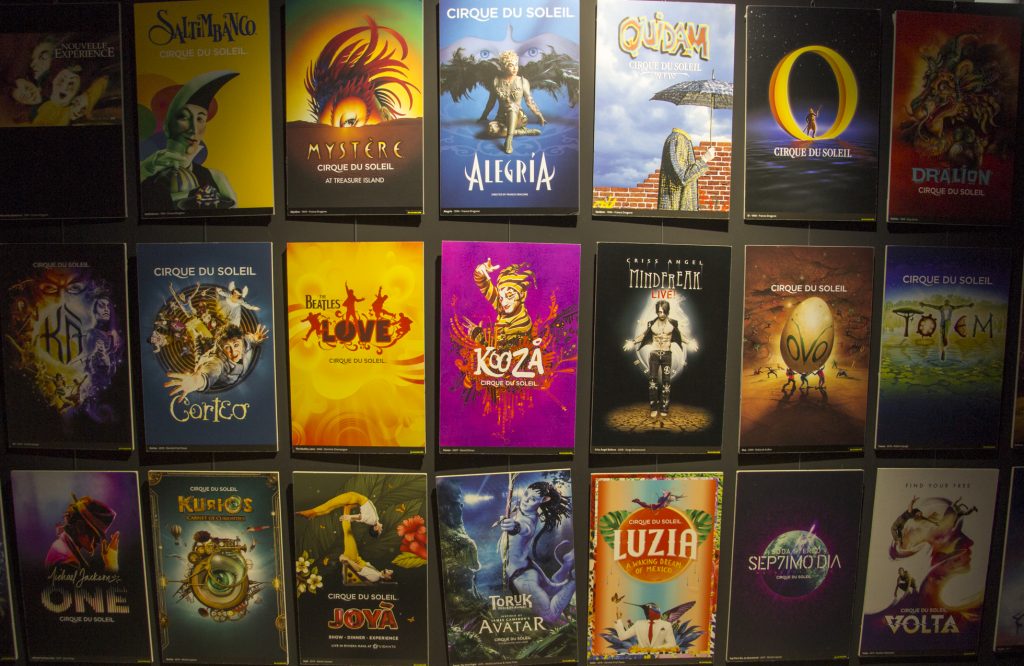 If this collection of photos, and the video below, have inspired you to be flash with your cash, tickets are still available!