Alicante is in full-on festival mode at the moment. As you walk around the city you’ll notice that there are numerous colourful statues blocking many squares and junctions. Huge marquees have been erected so that the groups who built these magnificent structures can party through the week. Yes, it’s Hogueras/Fogueres time! 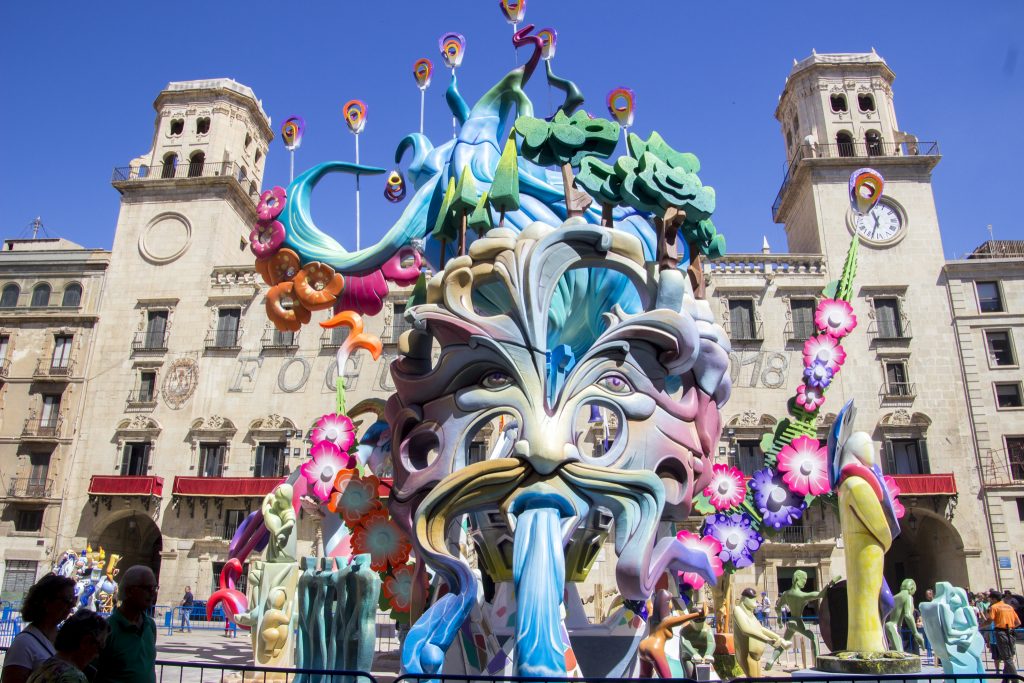 This celebration takes place every year around the time of the feast of Saint John (San Juan). In many ways the building and burning of statues is similar to the Fallas festival in Valencia. The major difference is in the weather! March in Valencia can be a bit on the chilly side. June in Alicante is usually quite hot, so pace yourself as you wander through the streets taking it all in. 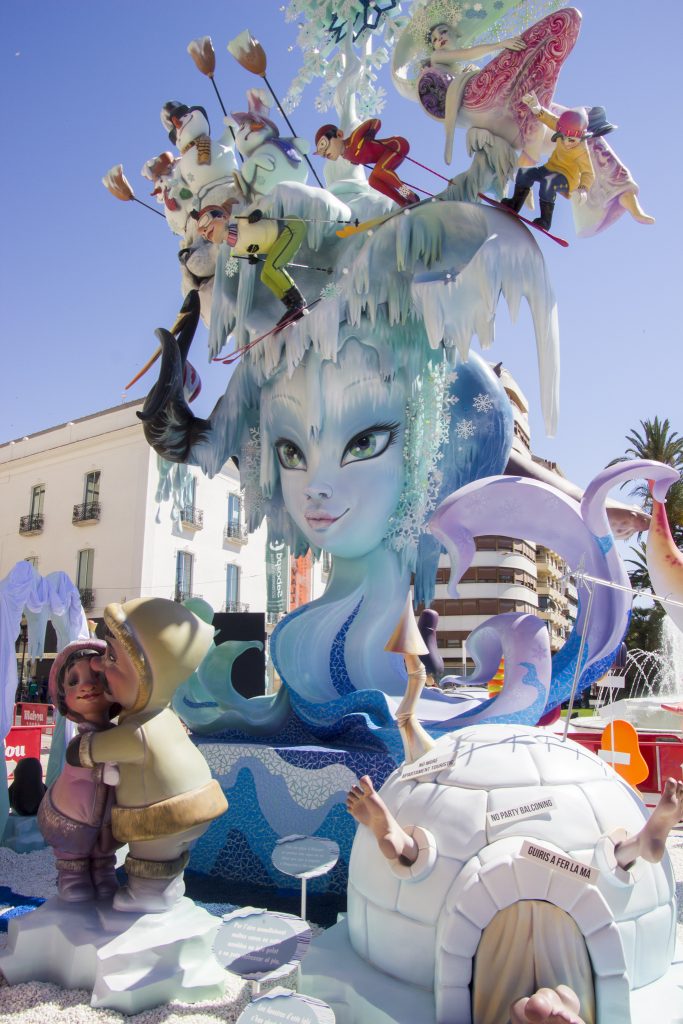 So what’s it all about? Well, it began many moons ago when agricultural workers celebrated the longest day of the year with bonfires. Some time in the late 1800s these bonfires were banned by the local council. Instead of bonfires, effigies of the mean-spirited councillors were burned! That evolved into what you see today, so keep up to date with Spanish politics and you’ll understand a lot more of what is on display. There is some pretty subtle satire out there, and some not-so-subtle character assassination too! 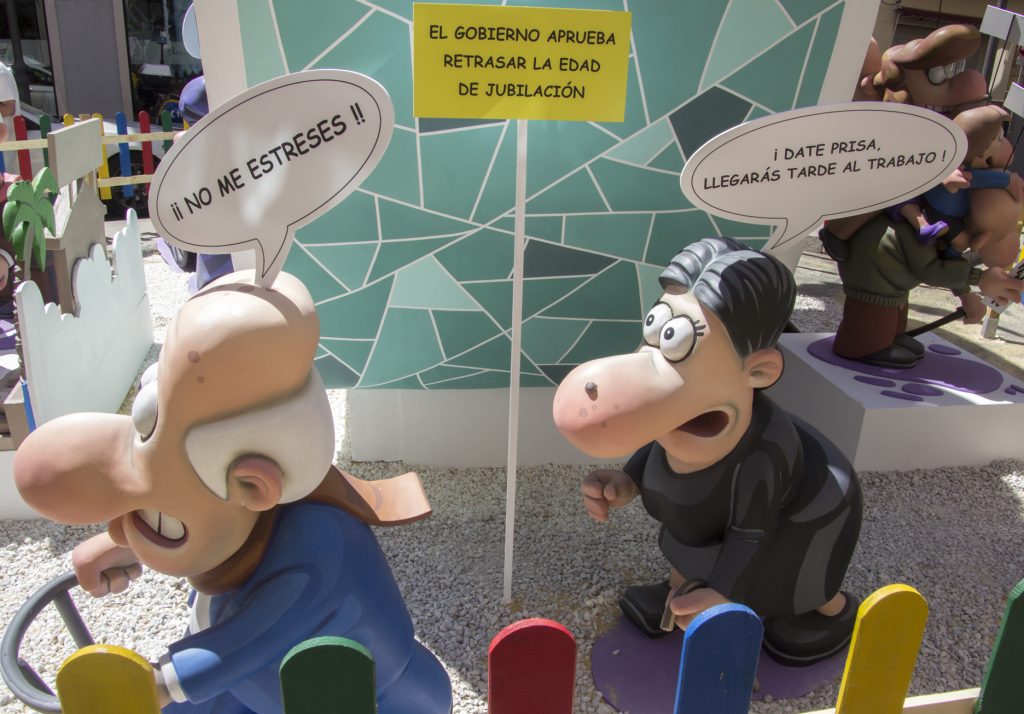 You say fogueres, I say hogueras. It is indeed confusing to live in a dual language region. Many of the statues are labelled in the Valencian language. Quite a lot are also labelled in Spanish, and this year there are even a handful with some helpful information in English. 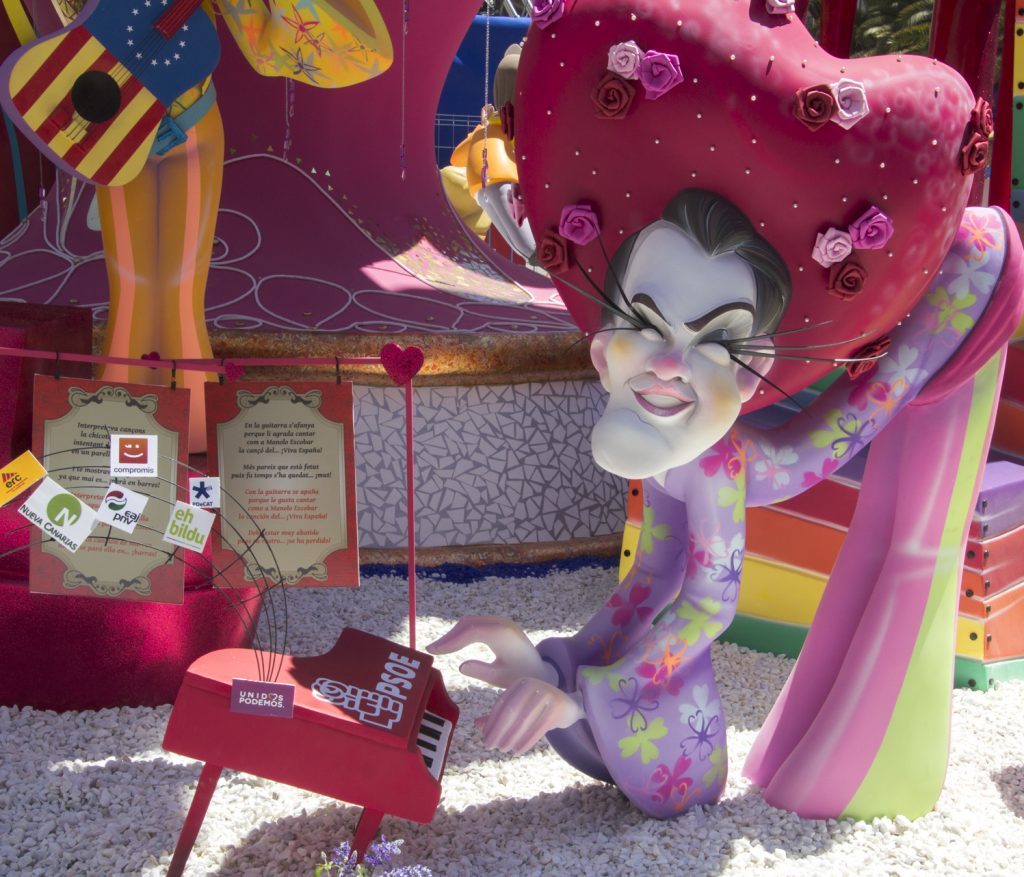 You’ll have to be quick to see these works of art. Late on the night of Sunday 24 June (well, 01:00 on Monday) they will be destroyed. This is known as the crema. Each hoguera will be set alight, hence the name which translates as bonfire. Don’t worry though, the fire department will be close at hand to make sure it is done safely. Go along and join the party! 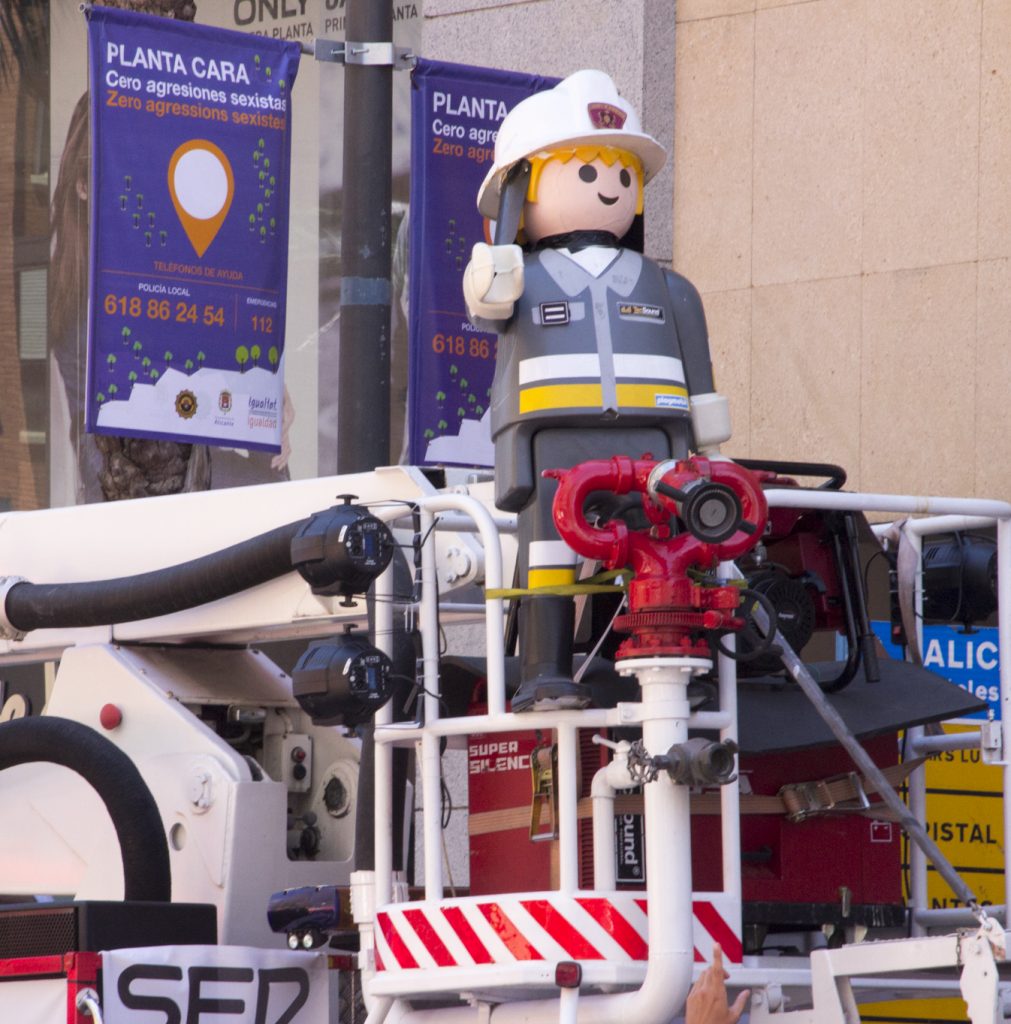 It’s not just in the city though. Where I live in Guardamar there is a small hoguera and they appear in many Alicante towns. Ours is particularly impressive though, and it’s a little sad that the work that goes into these constructions will be consumed by an inferno in just a few short minutes in a few nights time. 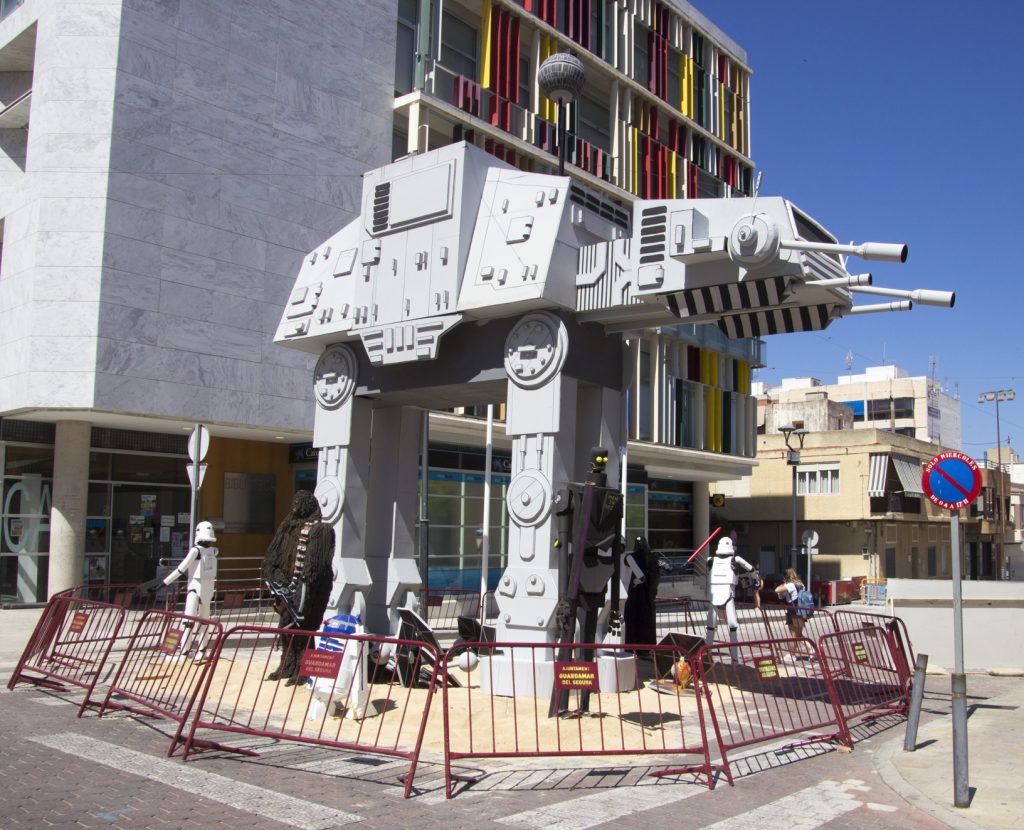 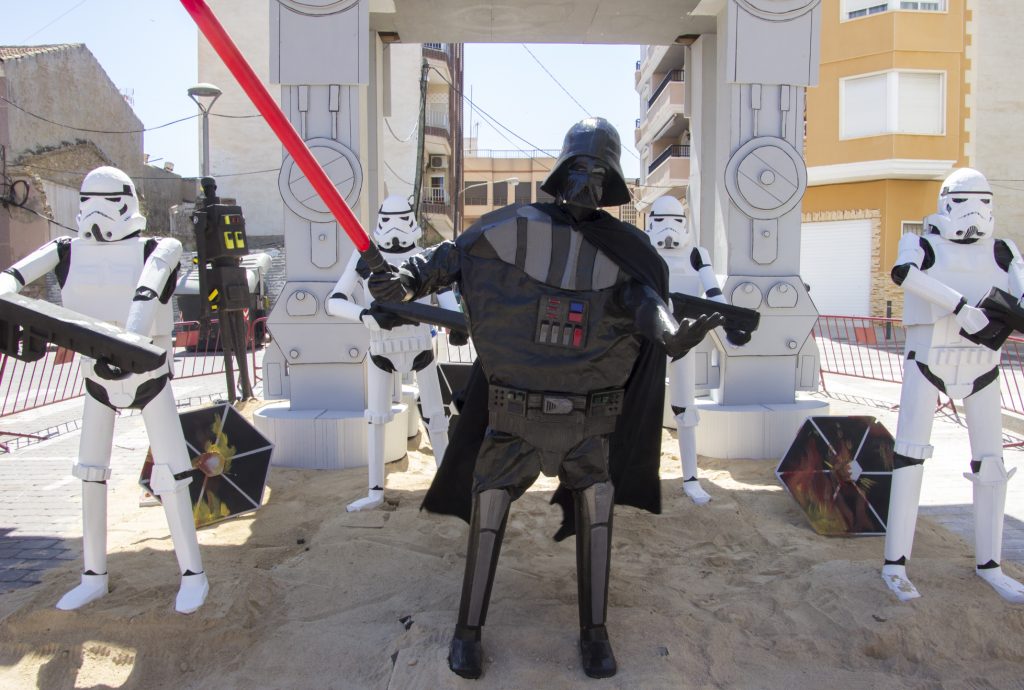 FacebookTweetPinLinkedIn
What is Muixeranga? Totem