The Scots Who Fought Franco

The Spanish Civil War is still a touchy subject. That’s one of the reasons that stories are constantly emerging of events during this turbulent time in Spain’s recent history. It came as a bit of a surprise to learn that Scotland provided more men per capita to join the International Brigade than any other country in the world. A memorial to the Scots who fought Franco stands by the River Clyde close to Glasgow city centre. 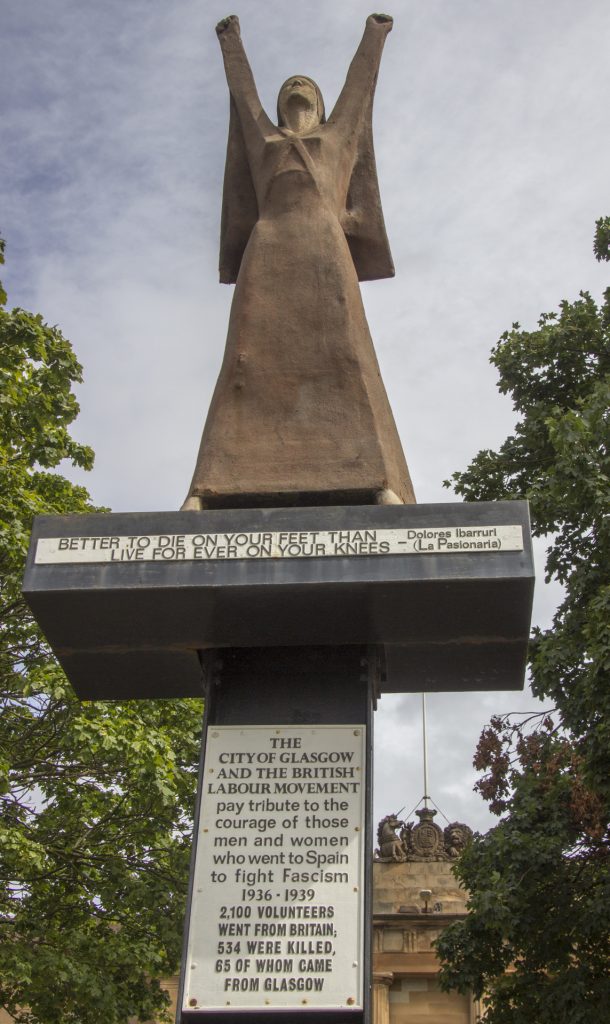 The volunteers came from all over Scotland, mostly from working class backgrounds. These men and women travelled to Spain of their own volition as there was no organised recruitment. It was an illegal act, but for many the calling was too strong. 134 of them made the ultimate sacrifice. 65 of them came from Glasgow alone. You can read more about some of the volunteers here.

On Glasgow Green you can visit the People’s Palace. Inside there is a very interesting potted history of the people of the city. On display are several items referring to the city’s contribution to the International Brigade. 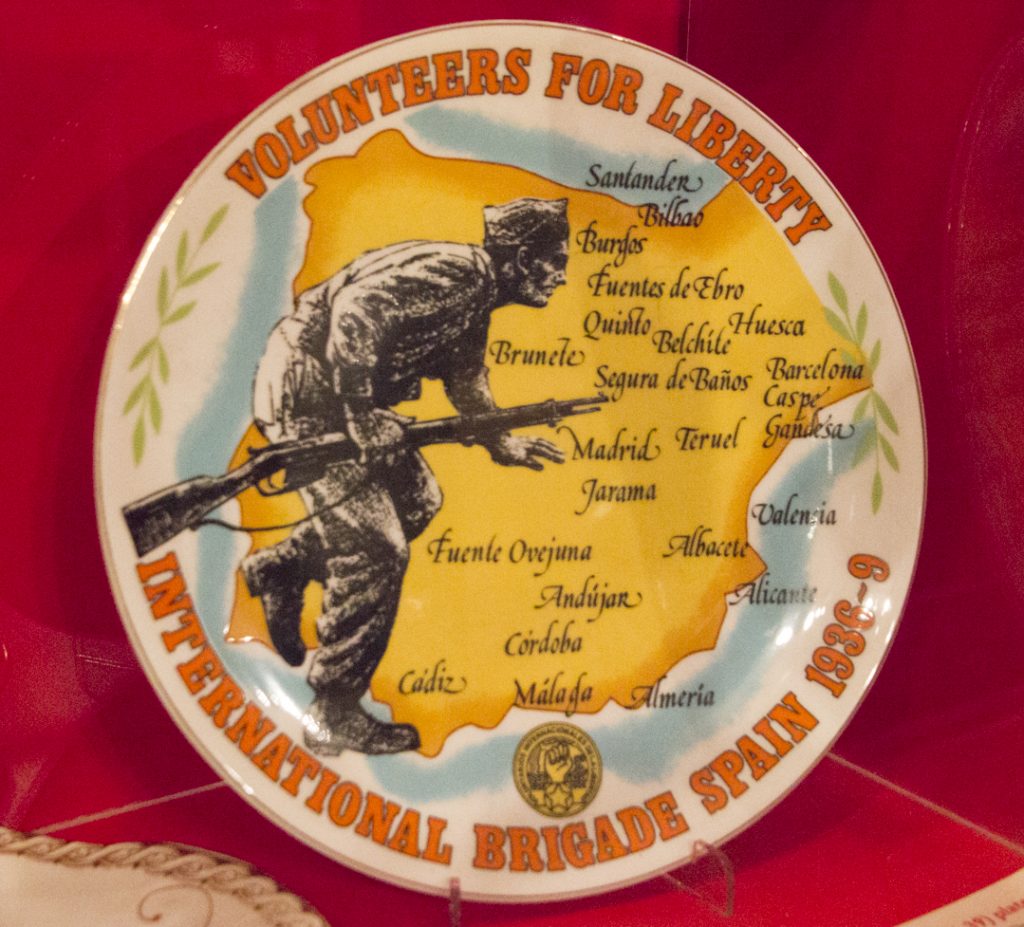 If this snippet of information has whetted your appetite to learn more about the Scots who fought Franco, head over to Youtube. A series of 10 short videos tells the full story.

The story of the Scots who fought Franco was also turned into a stage play by John and Willie Maley. Their father, James, was one of the Brigadistas and his story was recently told on the Glasgow Live website. The play can be seen from time to time in Glasgow, and a poor quality video of the original production can be watched on Youtube.

War is a divisive subject. Whatever the rights, wrongs and horrors of conflicts, stories will always emerge which need telling. The Scots who fought Franco is certainly one of those stories.

El Fondo and the end of the Civil War