Muixeranga is the Valencian version of Catalonia’s castellers human towers. For those who don’t know, it involves groups of people climbing all over each other to reach the skies! It’s actually a bit more organised than that, and they practice all year round so it’s perfectly safe – well, almost! 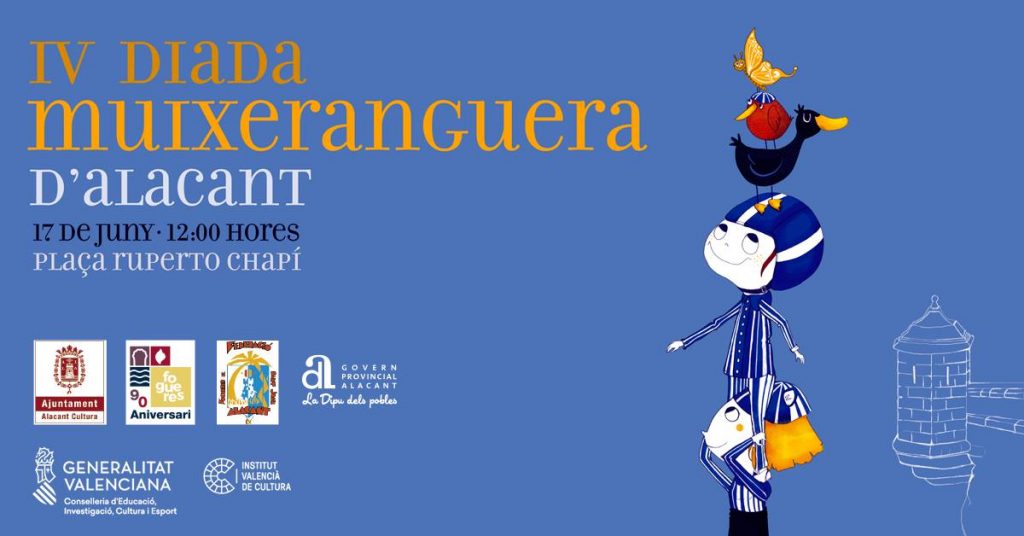 On 17 June 2018 you can see this spectacle close-up as a Muixeranga festival will be held in the centre of Alicante. It is incredible to see the bright costumes and the team work involved. As the bands play the towers get higher and higher. Just when you think it can’t go any higher, a young child climbs up the side to complete the formation by standing at the very top. 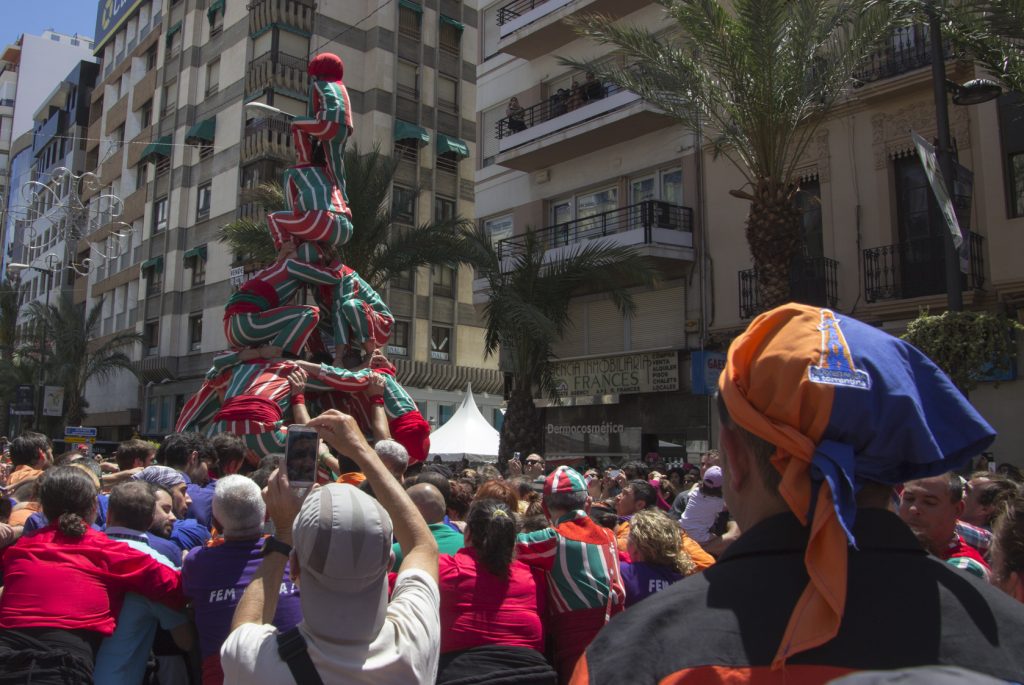 It can make you feel a little nervous watching such a youngster climb to such a precarious position. Don’t worry too much though, as the crash helmet they are wearing is specially designed to protect the delicate head on the inside whilst its padding protects anyone they may fall onto. 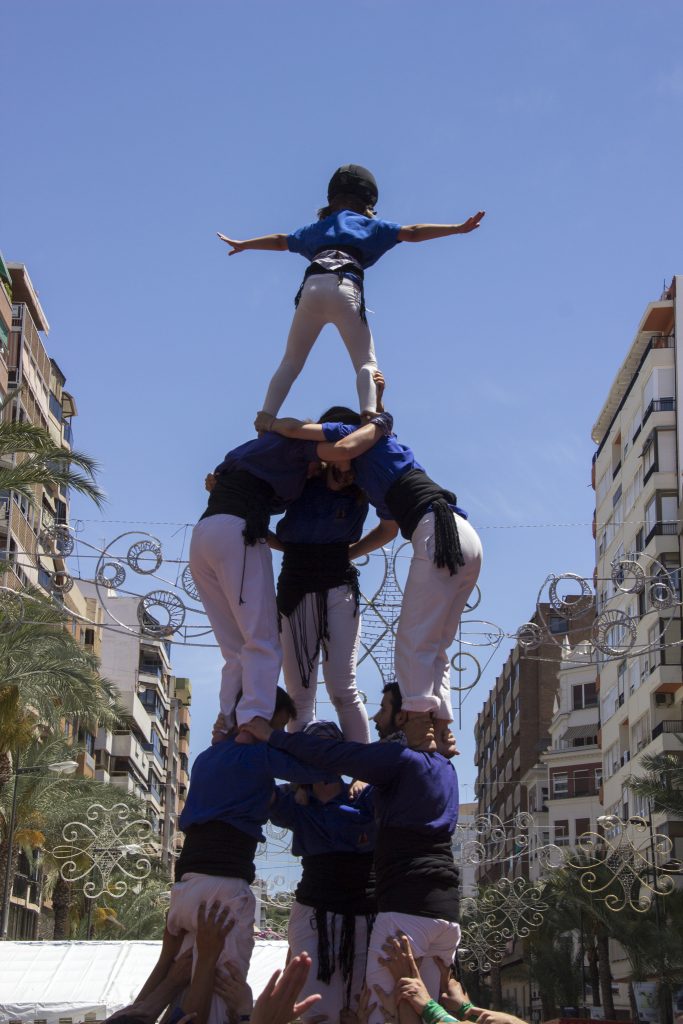 Trust and teamwork are the major factors here, as well as the hours of practice put into achieving this feat. In Catalonia the idea seems to be to go higher and higher. In Valencia it would appear to be more about the artistry of the occasion. You’ll get to see the way long strips are tightly bound onto the stronger team members who will form the base of the towers. These provide extra lumbar support. You’ll also get to see the rather undignified sight of hands all over bodies!

If you’ve never seen anything like this before, then you really need to head to Alicante for this event. It’s an opportunity not to be missed.